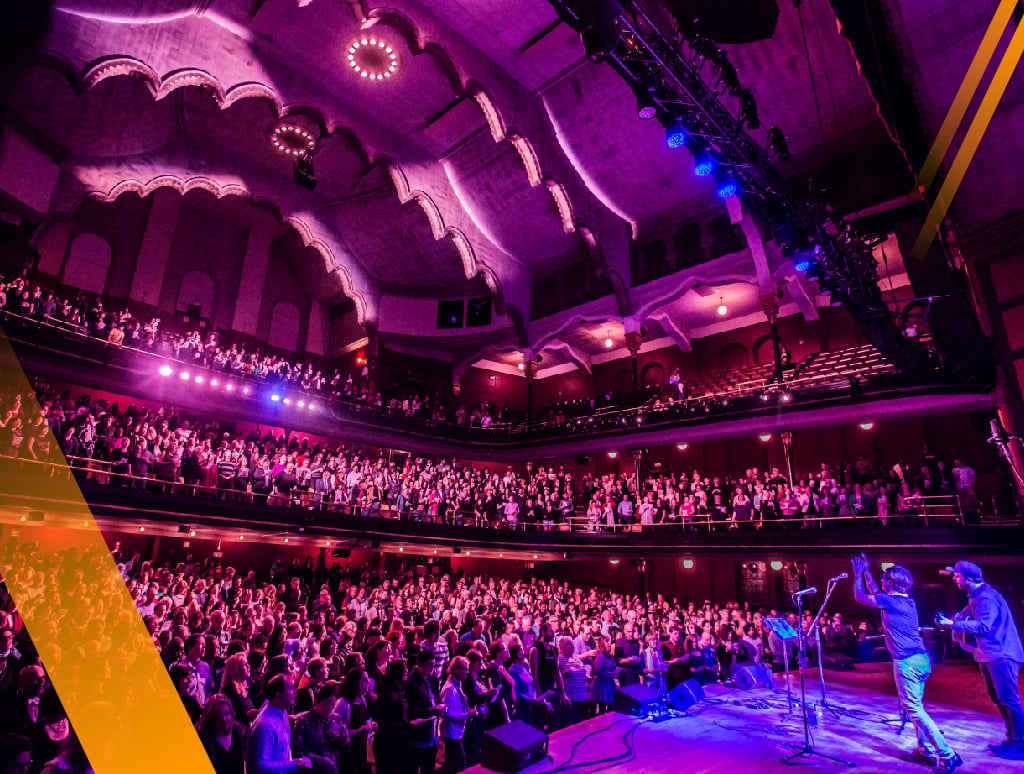 No audition and no rehearsal necessary! The sell-out phenomenon Choir! Choir Choir! transforms you – and hundreds of your closest friends – into the star of your rock band dreams. And now it’s coming to the Jack Singer Concert Hall to lead you in a sing-along to your favourite ABBA songs including Dancing Queen and Mamma Mia. Just pick up your lyric sheet at the door and prepare for an uplifting, one-of-a-kind experience that has charmed masses of amateur singers around the world.

Founded in 2011 by the charismatic duo of Daveed Goldman and Nobu Adilman, Choir! Choir! Choir! has been turning crowded concert halls into the biggest choirs in the world for over a decade – earning a passionate singing community and millions of YouTube views. And their spirit of teamwork, warmth, and collaboration in musical harmony has never been so necessary.

Choir! Choir! Choir! has performed with renowned artists such as Patti Smith, David Byrne, Rick Astley, Tegan and Sara, and Rufus Wainwright, and onstage at New York’s Carnegie Hall and Radio City Music Hall with the likes of Debbie Harry and The Flaming Lips. In their last Calgary appearance, Choir! Choir! Choir! was packed to the rafters – now’s your chance to reprise your starring role or join the choir for the first time! Either way, the part is yours.